This year’s cohort of Hine’s Emerald Dragonfly larvae have been counted, photographed for measurement, packed up, and transported to the University of South Dakota for over-winter culture. A total 239 larvae were sent to USD this season, which was an increase from previous year’s production and was just over 40% survival from eggs received at the Hatchery last winter.
The eggs had been collected in the summer of 2021 by project partners in Northern Wisconsin. They were received at Genoa NFH last November and spent the winter in stable temperature cold ‘winter’ culture at the Hatchery. Early this spring, they were warmed up slowly from 3-4°C to spring temperatures that induced hatching.
After hatching, the larvae were kept in individual culture cups and fed zooplankton collected from Hatchery pond water.  The larvae did well in cup culture this spring, due in part to a bloom of zooplankton in the Hatchery ponds just as the larvae were hatching and maturing. 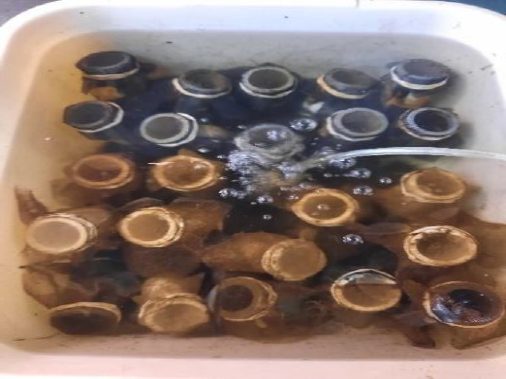 After spending most of April and May in culture cups, surviving larvae were transferred to mesh capped PVC tubes called ‘s-cages’, which are housed in flow-through tanks of pond water in the Dragonfly Trailer on the Hatchery grounds. Survivorship was good for the first half of the summer and was even better in the second half of the growing season, with almost 95% of larvae surviving the August to November culture stage.
Mesh-capped PVC culture cages are used for several reasons- to keep individual larvae in known containers while allowing fresh water, oxygen, and zooplankton prey items in, while keeping larger predators out. There are many aquatic organisms that prey upon dragonfly larvae, including other dragonfly larvae. Vernon County is home to ~52 species of dragonflies (check out the Wisconsin Odonata Survey, https://wiatri.net/inventory/odonata/ ), many of which are faster growing and more aggressive predators than Hine’s Emerald larvae. Pictures below show a comparison of the Hine’s Emerald larvae that was living inside the culture cage, and the non-target dragonfly species living on the outside of the cage.
Hine’s Emerald larvae in comparison to other faster growing dragonfly larvae that live in the culture systems and Hatchery ponds.
As this year’s cohort of larvae were being packed up at the end of the season, the next cohort had already begun. Eggs collected last summer arrived at the Hatchery and will be kept cold until the spring, when the next hatch is scheduled to being. Watch for updates about this new cohort next year!
By: Beth Glidewell 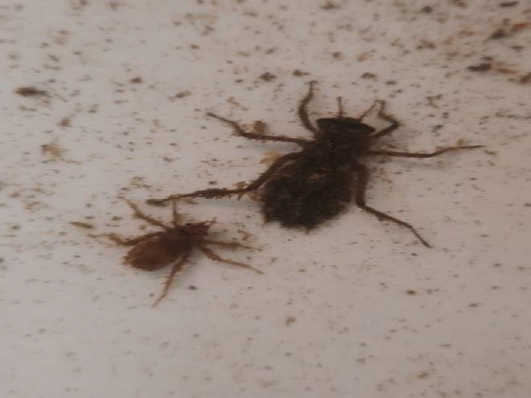 Hine’s Emerald larvae in comparison to other faster growing dragonfly larvae that live in the culture systems and Hatchery ponds.