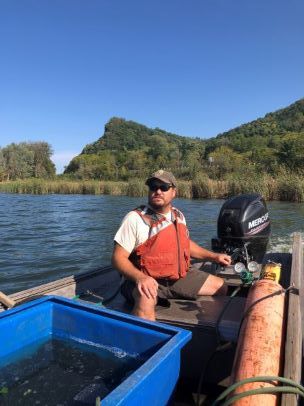 Some exciting personnel shifts at the Genoa (WI) station occurred over the winter and as we approach our spring growing season. Orey Eckes was promoted to Assistant project leader leaving a vacancy in the lead biologist position. Nick Bloomfield, currently a fish biologist at the Genoa station since 2019, competed for and received a well deserved promotion to station lead biologist. Nick came to us from the Midwest Fisheries Center in LaCrosse (WI) where he was hired by now retired project leader Pam Thiel in 2011.
He worked for the LaCrosse Fish and Wildlife Conservation Office first as a biological technician, and then converting to fish biologist. Nick has demonstrated to work well within and beyond our agency, serving as the federal coordinator for such projects as the Red River MN lake sturgeon restoration efforts involving the Minnesota Department of Natural Resources, the White Earth and Red Lake tribes of Minnesota and the Rainy River First Nation Tribe of Ontario Canada. He has managed our pond program well these past 3 years, seeing an increase in the amount of walleye production going to both host fish for Endangered Freshwater Mussel Recovery and tribal and state conservation partners. His new responsibilities will include managing our Pathways internship enrollees and Youth Conservation Corps programs and being responsible for all pond production and management stockings, including distribution records and fish population management and growth records. Congratulations and welcome to the Jungle Nick!
By: Doug Aloisi 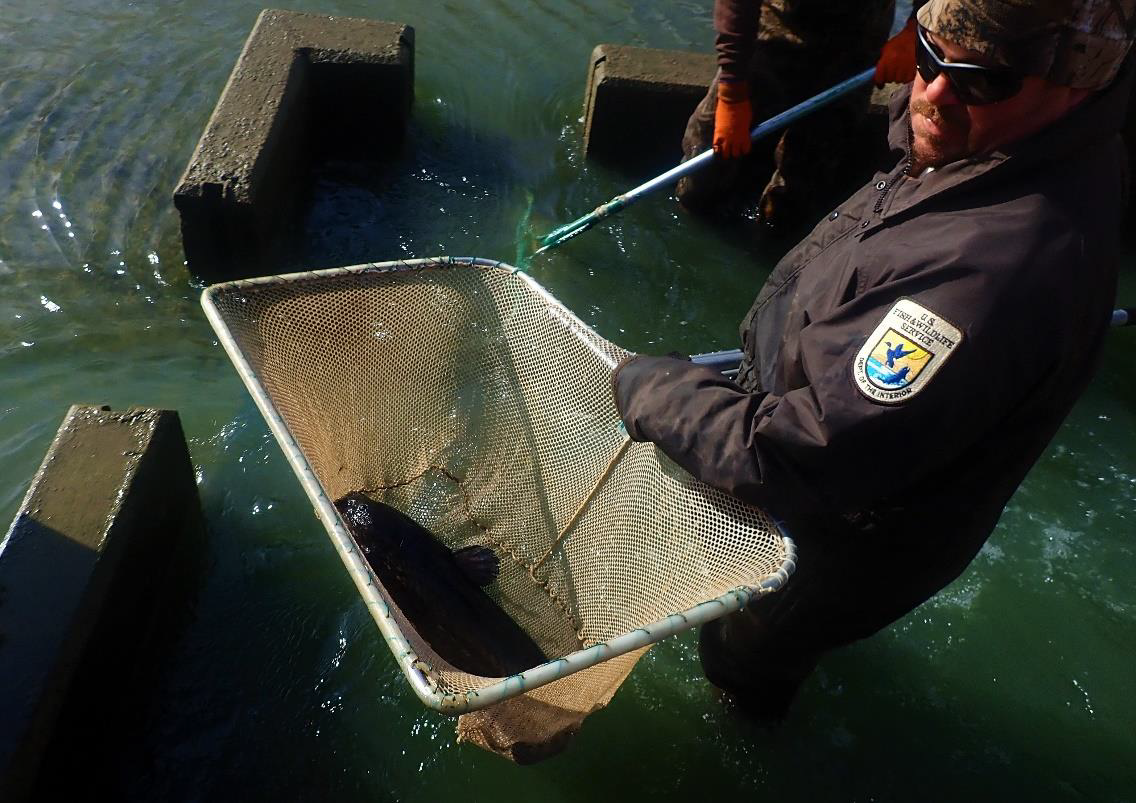 Nick collecting fish out of a pond. Photo: Erica Rasmussen/USFWS.