As we shared with you in our September edition of Genoa News and Notes, we received Lake Trout eggs from Cayuga Lake in New York that were spawned between October 5-7. The eggs have been incubating since then at 46° F using a chiller unit to cool our well water down from 51° F. Eggs from each set of parents were kept separate from each other. Eggs began hatching on 12/7 and continued until 12/13. Since this is a future broodstock lot, we wanted to maximize the genetic makeup of our lot of fish to the greatest extent possible.  We were able to get contributions to the lot from 79 sets of parents for a total of about 1700 fish. These fish will grow up on station until 2023, when they will be sent to their new home at Iron River National Fish Hatchery. There, they will be crossed with other lots of Lake Trout to create a genetically diverse line of production fish that will be stocked to the Great Lakes.
By: Nick Bloomfield 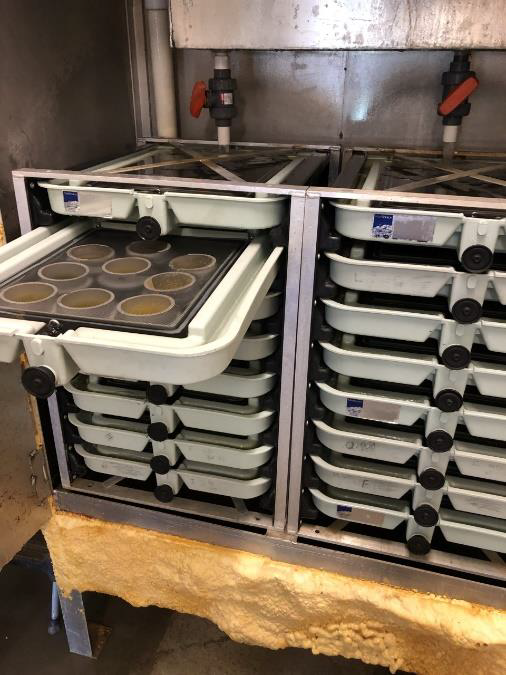 Chiller unit with about 16 trays that are holding about 9 cups filled with eggs. Photo: Erica Rasmussen/USFWS. 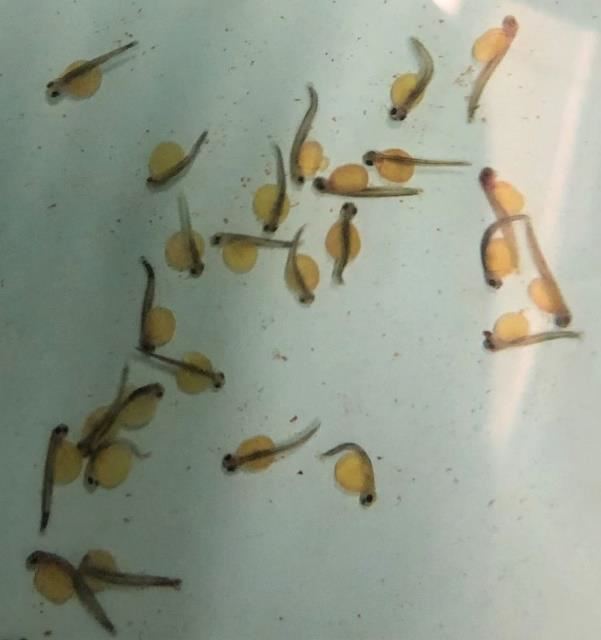