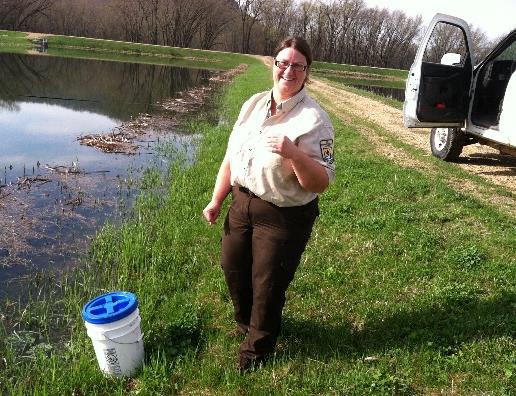 Angela Baran Dagendesh, Genoa (WI) National Fish Hatchery’s assistant project leader, has accepted a new position in the Washington office within our Refuge Branch. Angela will be a Facility Operations Specialist, assisting in the Refuge Quarters management and real property management. Angela came to Genoa way back in 2010, and is leaving quite a legacy and large shoes to fill. With her passion for the resource, she applied for and received a Cooperative Conservation grant for the hatchery that propelled us to begin rearing the Hines Emerald Dragonfly, the first federally endangered aquatic insect to be cultured in the federal hatchery system. This past year, she developed protocols for bringing Devils Crayfish on to the station, a species that assists the Hines Emerald Dragonfly to overwinter safely in their burrows. For her work with the dragonfly, Angela received the Midwest Region’s Endangered Species Recovery Champion award in 2016. She also was instrumental in running the station’s production program, with many new sturgeon restoration efforts beginning and thriving during her tenure. We will miss her competence and passion for the Resource in the years ahead. Best of luck Angela! Thank you for a great decade! By Doug Aloisi 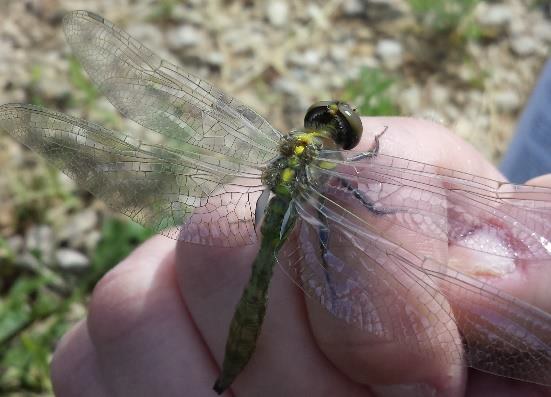