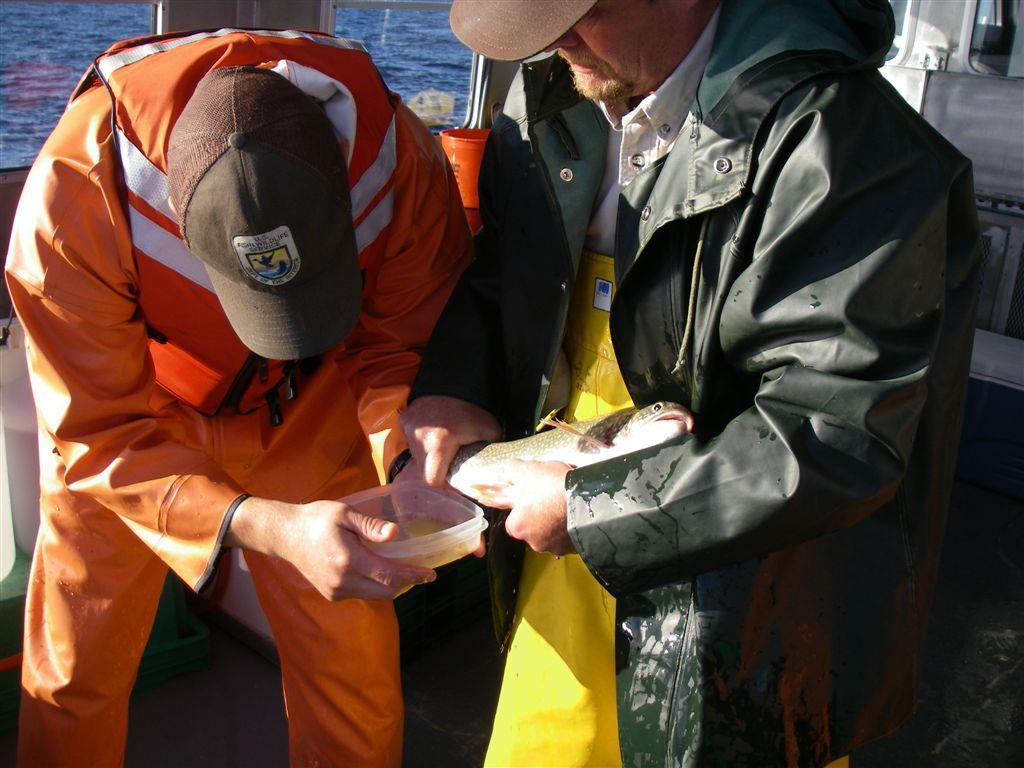 Lots of great conservation stories coming out of New York and Wisconsin this year. Ongoing conservation efforts with the New York Department of Conservation and the New York Field Office of the U.S. Fish and Wildlife Service have kept the Genoa staff busy this October. A substantial portion of Genoa’s crew and even a member of the Midwest Fisheries Center in La Crosse WI spent time in October travelling back and forth from Wisconsin to New York to further fisheries restorations in New York and the Midwest. Concurrent egg takes of lake trout eggs in Cayuga Lake, and lake sturgeon restoration efforts in multiple waterways in New York occurred the first two weeks of October of this year.
Jeff Lockington of the Genoa staff was the lead in collecting Cayuga Lake strain lake trout eggs with New York DEC staff yielding eggs of over 100 pair of females. The eggs were shipped or driven back to Genoa to be folded into our quarantine building activities. The lake trout from Cayuga Lake are descendants of Seneca Lake, another lake in the Finger Lakes Region of New York. Fish descended from this strain have been more resistant to post stocking sea lamprey predation in the Great Lakes and many spring yearling lake trout are produced annually for stocking each year throughout the Great Lakes system. Eggs brought to Genoa will be quarantined and inspected for any fish health issues for 18 months and 3 formal fish health inspections at the USFWS La Crosse Fish Health Center before release to captive broodstock stations in Michigan and Massachusetts. One year class of this strain is already residing in Genoa’s quarantine building and will be crossed with this new year class when becoming mature in order to increase the genetic contribution of their progeny. It is hoped that this will increase their fitness and survival post stocking to adapt and thrive outside of captivity in the Great Lakes. Also in this month, 2 stocking trips brought over 13,700 lake sturgeon fall fingerlings averaging over 6.25 inches back to the state of New York for ongoing restoration programs. The fish started as eggs taken from the St. Lawrence River in New York in June of this year, which were brought back to Genoa for growout. After a hard summer of growth, they were returned and stocked in state waters. Results from fall New York DEC surveys of last year showed that survey parameters were met in 4 of the states 6 management areas that indicate those areas are being restored. According to state restoration plans, if one more management area can meet these standards the species will meet de-listing criteria on the state’s Threatened and Endangered Species list. Great news for the many sturgeon enthusiasts, both professional and citizen scientists that participate in bringing back this unique species. By: Doug Aloisi 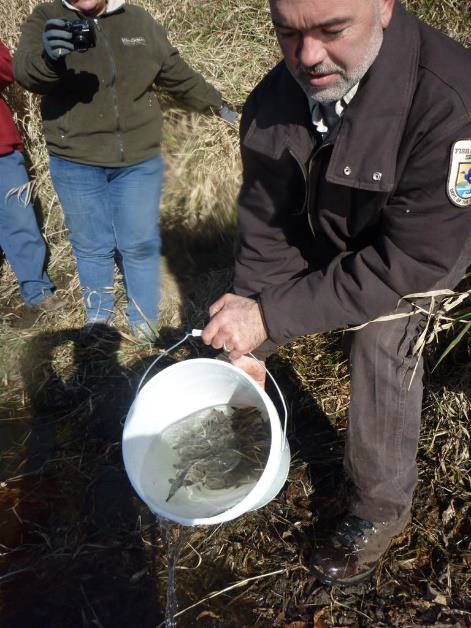