We were out at Trempealeau National Wildlife Refuge with West Salem Middle School’s 7th graders sampling for invertebrates and found a couple vertebrates. Scroll through through to photos to see what we found. Thanks to Al Brinkman, Friends of the Upper Mississippi Vice President, for his help. 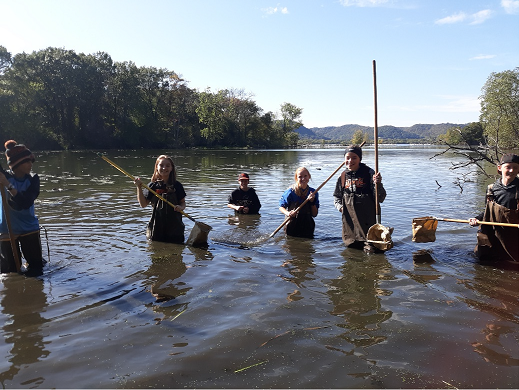 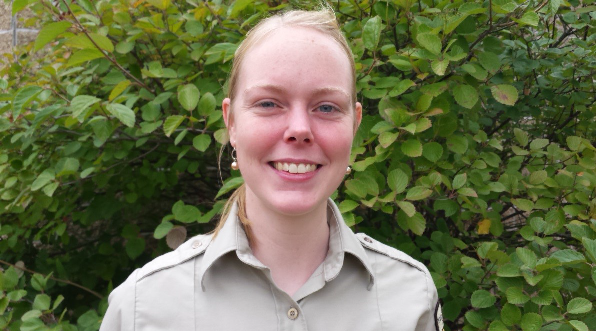 Figure 9: Jeena is a Fish and Wildlife Biologist at the La Crosse, Wisconsin, Midwest Fisheries Center. Her main responsibilities include providing technical and analytical Geographic Information System (GIS) support to facilitate aquatic species/habitat conservation work and to support the aquatic invasive species program for all Fisheries Programs in the Midwest Region. Jeena started as a Directorate Resource Assistant Fellow in 2014 for the U.S. Fish and Wildlife Service, completing a water resource assessment project for Ottawa National Wildlife Refuge. Originally from Ohio, Jeena completed her B.A. at Miami University in Zoology and her M.S. in Environmental Science. In her free time, she enjoys a variety of outdoor activities including searching for local reptiles and amphibians. Photo: Jeena Credico/USFWS. 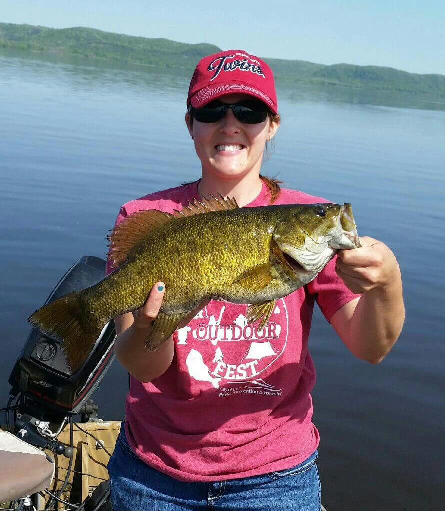 Jenna and a smallmouth bass/USFWS

Jenna is a fish biologist at the La Crosse Fish and Wildlife Conservation Office. She began working with the Service as a student in 2010 and has worked as a technician and biologist since that time. Jenna works primarily on projects involving aquatic invasive species, particularly invasive carp and round goby. She is originally from Minnesota and earned a B.S. in Environmental Science and Ecology at Winona State University and a M.S. in Aquatic Science at the University of Wisconsin-La Crosse. Outside of work, she enjoys fishing and pontooning on the Mississippi River, golfing, working on home improvement projects, and spending time with family. Photo: Jenna and a smallmouth bass/USFWS. 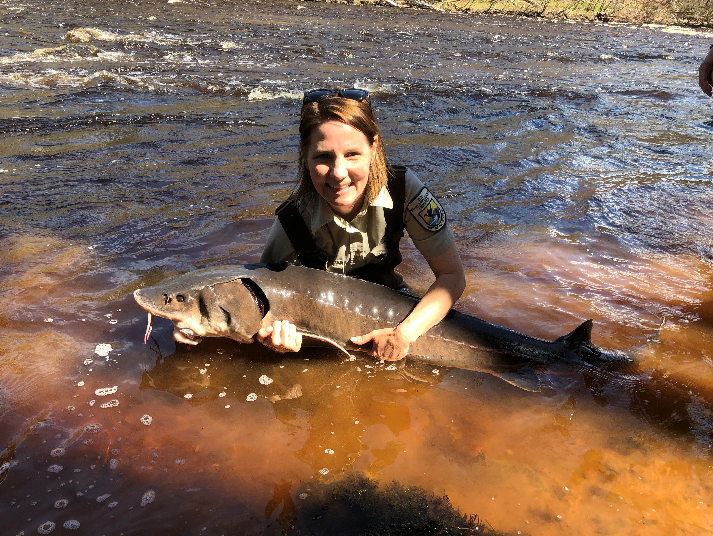 Jeni and a lake sturgeon in a river/USFWS.

Jeni grew up on the banks of the Missouri River climbing trees, hunting mushrooms, finding out where that great horned owl was sleeping and fixing up scratches, bruises and cuts for any wild kid or animal in the neighborhood. She studied biology and fish health at the University of South Dakota, then moved to the University of Wisconsin-La Crosse in 2001 for work on a master’s in fish parasitology. She started work at the La Crosse Fish Health Center in October the same year. After experiences including lake trout restoration at Pendills Creek National Fish Hatchery and work on lake sturgeon, fresh water mussel and sportfish recovery at Genoa National Fish Hatchery, she moved back to the La Crosse Fish Health Center in 2012 to help build the new Whitney Genetics Lab and eDNA program. Today you will find her in the La Crosse Fish Health Center’s flow cytometry lab working on new technologies for invasive species and fish health management, performing fish health inspections at Federal and Tribal fish hatcheries, sampling fish for the National Wild Fish Health Survey, or serving as Region 3 Study Monitor for the National Investigational New Animal Drug Program. Developing new technologies for conservation management is an exciting challenge. Working with the Service’s many great partners to provide the healthiest fish and aquatic wildlife for conservation is the most rewarding part of the job.