Big Stone Lake, located on the South Dakota – Minnesota border was once home to abundant numbers of lake sturgeon. Many factors including overharvest and poor water quality led to an extirpated population of lake sturgeon by 1946. Currently South Dakota Game, Fish and Parks and the Minnesota Department of Natural Resources are partnering to restore historic populations. 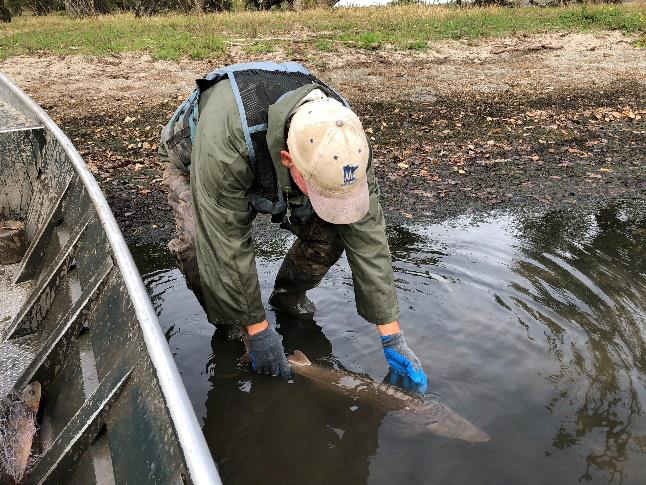 In 2014 Genoa National Fish Hatchery joined the restoration efforts by supplying fingerling lake sturgeon at approximately 8 inches of length for stocking in the fall. The fish are offspring of adult lake sturgeon from the Wisconsin River, collected by the Wisconsin Department of Natural Resources. The restoration plan calls for the stocking of up to 4,000 fish per year for up to 20 years. This year 3,348 sturgeon were stocked into Big Stone Lake. To date Genoa has stocked 37,513 sturgeon into Big Stone Lake. Surveys by the Minnesota Department of Natural Resources in the fall of 2016 revealed fish ranging from 16-24 inches. In total 12 lake sturgeon were caught in 6 nets. Surveys from 2017 revealed the biggest sturgeon caught of 25 inches and 3 pounds. In 2018 the biggest sturgeon caught was 32 inches long.
It’s safe to say these fish are growing and doing well. With continued cooperation between agencies the goal of restoring a historic population of lake sturgeon to Big Stone Lake is becoming a reality.
By: Orey Eckes

Our partners from Minnesota DNR passed along a video of a fish assessment they completed on Big Stone Lake, a lake in the Minnesota River watershed. We began at partnership with MNDNR and South Dakota Fish, Game and Parks in 2014 to restore lake sturgeon in the lake. Some exciting results so far! Video showing lake sturgeon being tagged, measured and released back into Big Stone Lake, boundary water of South Dakota and Minnesota. Video credit to MNDNR. 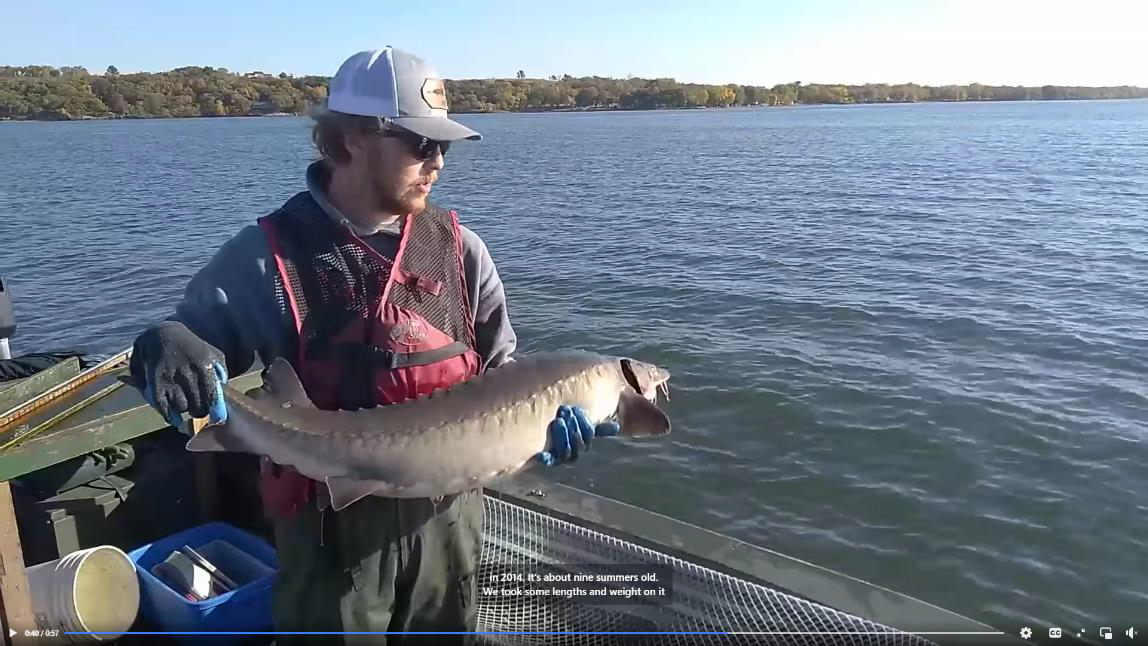