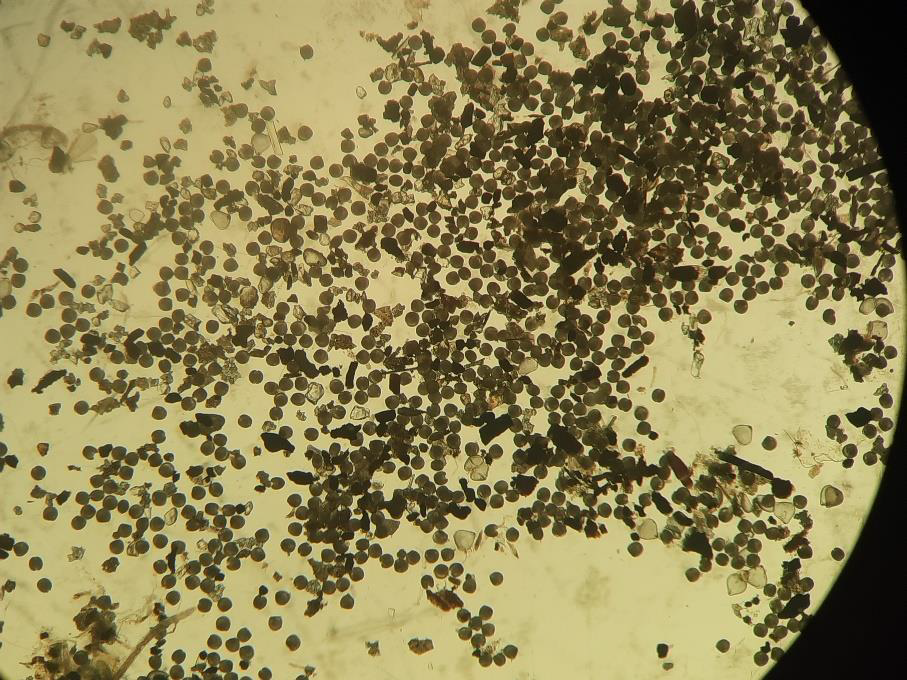 In collaboration with the WI DNR, GNFH is planning to restore Snuffbox populations in the Wolf River basin. Last fall, WI DNR biologists spent some chilly dive days aggregating males and females to ensure that brooding females could be found this spring. The original plan was to collect Wolf River Logperch, the Snuffbox’s host, and infest them on the side of the river but unfortunately that didn’t go as planned. Instead hatchery Logperch were infested and the females returned to the river. The first tiny babies (~150 ?m long) are dropping off now. These new juveniles will be stocked into the river shortly after drop off to approximately mimic the effect of the free-release.

Snuffbox is a favored species as it’s the only widespread member of its genus, all of which catch their host fish. This unexpected behavior begets novel characteristics (‘toothed’ shell edges, the capacity to sit open, exposing their body cavity to the environment) making these species fascinating to observe. How these behaviors and morphologies, or physical characteristics in biology jargon, have developed and been maintained is fascinating to consider. By: Megan Bradley
Biologist