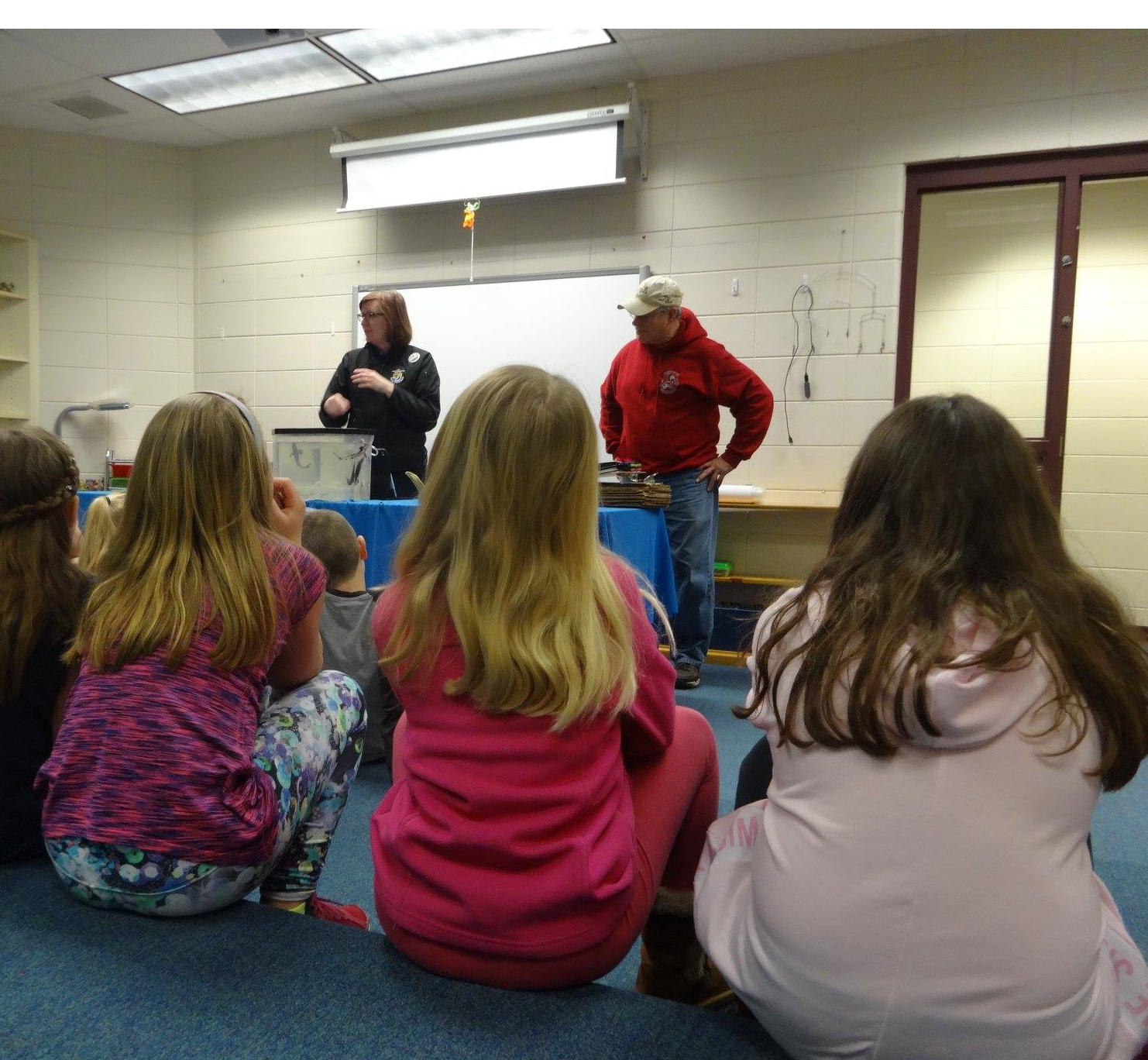 It started with a question: How many students along the Mississippi River would be able to recognize a lake sturgeon? In the Driftless Area of southwestern Wisconsin, kids are often exposed to the outdoors. It’s a rolling landscape of streams, wetlands, bluffs, prairies and caves, and many students fish with their parents and grandparents, sometimes from their own backyard. But, what about the fish that don’t end up on the end of their hook? How much do they know about fish that are less common?
The Midwest Fisheries Center has a long history with lake sturgeon conservation. Since the 1990s, the center’s biologists have worked with tribes on restoring and monitoring lake sturgeon populations. Helping young people become more knowledgeable about lake sturgeon conservation keeps the program relevant, and in turn, it helps the biologists feel that the public values their work.
Taking the lake sturgeon into the classroom and telling their story to the students could only help. At West Salem Elementary School’s Environmental Day this last spring, I asked the students if they thought lake sturgeon lived in Wisconsin. Among six classrooms of 20 children, only half of the students were certain lake sturgeon could be found in the state, and only a couple students could identify the sturgeon in our tank.
I led the students through a series of questions to introduce them to this charismatic fish: How many of you have ever wanted to see an animal that has lived alongside a dinosaur? How big do you think a lake sturgeon can grow? How long can they live? Rather than presenting the facts, asking questions engages students and gives them ownership of their own educational process. We talked about the 19th Century caviar craze that led to near extirpation for the lake sturgeon in Wisconsin, and how we, the Wisconsin people, brought their fish back from the brink. We talked about the cultural importance of lake sturgeon for First Nations people and how spawning sturgeon was a gift at the end of a hard Wisconsin winter long before there were grocery stores to help us all survive. They witnessed the Menominee Tribe’s fish dance via a video provided by the Wisconsin First Nations. We talked about the bumpy scutes that help young vulnerable sturgeon survive and their cartilaginous skeletons, and the importance of fish passage. All of these details helped the students flesh out the story of lake sturgeon and their own place in its history.
Al Brinkman, Midwest Fisheries Center and Genoa National Fish Hatchery volunteer, and member of the Friends of the Upper Mississippi, talked to the students about the thousands of sturgeon he microchipped at Genoa last summer before they and thousands more were shipped to other states to be released. It was important they understood that sturgeon persist in this state and others due to civic engagement from the Wisconsin people.
I ended the session by asking the students to help me out. I wanted to wish the sturgeon a good journey as they migrate our waterways and as they travel to other states to be released by our hatcheries. I asked the students to write postcards to the sturgeon as they contemplated what these young sturgeon need to survive. 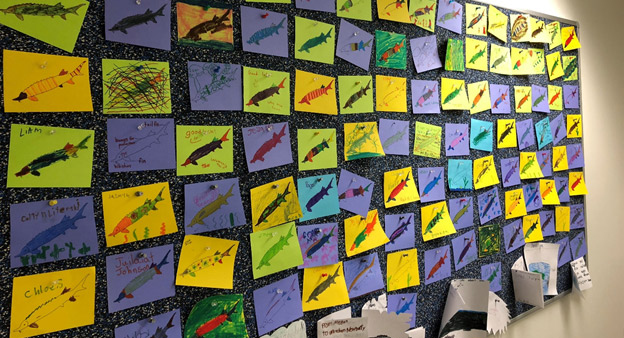 Many of the postcards reflect a newfound value of these ancient fish, their role as a cultural resource and what these unique fish need to survive. Moreover, it provided a conduit of communication between the public and our biologists on this conservation work, and we have enjoyed their enthusiastic and colorful art.
Thanks to Genoa National Fish Hatchery for providing the lake sturgeon!