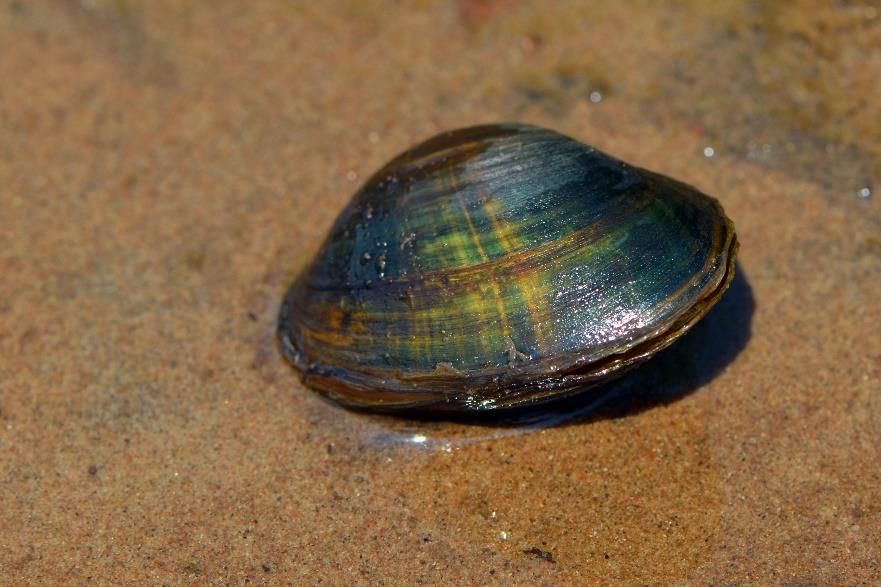 Megan Bradley, a mussel conservation biologist at the Genoa National Fish Hatchery in Genoa, Wisconsin, recently received news that she will receive the coveted 2022 FWS Midwest Region Recovery Champion Award for her work with federally endangered freshwater mussels in the Upper Mississippi River. Megan worked with other agencies, tribes and national and international partners to improve the status of several species of imperiled mussels through her efforts to map suitable habitat, create new populations, monitor released mussels and planning and implementing programs to raise and release endangered species like the Higgins Eye Pearlymussel, the Winged Mapleleaf mussel and the Spectaclecase mussel.
Megan has also been instrumental in establishing the cost of replacing mussels affected by environmental contaminants through the NRDA process, enhancing the ability to recover damages and restore these species. She has also been responsible for helping to produce multiple year classes of a number of species of mussels for release into spill impacted areas, some of which included the Endangered Higgins Eye Pearlymussel. Congratulations Megan! We are proud to serve alongside of you!
By: Doug Aloisi

Megan in dive gear holding a mussel in one hand. Photo: USFWS.