2021 marks the 150th anniversary of the United States Fish and Wildlife Service. From its origins in fisheries conservation in 1871, there have been tremendous changes in the Upper Mississippi River. But for freshwater mussels, the need remains the same; populations of species and communities of them that are resilient to change and local impacts. This isn’t to say that the historic harvest, hydrologic change, pollution, and invasive species introductions in the interim haven’t caused declines, extirpations (when a species is eliminated from an area, but not caused to go extinct), and the need for protection and management at the state and federal level, but that our objectives are the same. What does resilient mean from an environmental perspective? Perhaps it’s best to think of species as ships. Some are able to withstand a hurricane at sea or the crossing of the Drake Passage to Antarctica while even the unsinkable Titanic failed to cross the North Atlantic. The most resilient species have large enough numbers to withstand failures in reproduction, the loss of portions of their populations, genetic diversity for future adaptation to their environment, so we must find ways to recognize and protect this resilience even in our common species to maintain the resilience of their communities and ecosystems and the biosphere.
What does resilient mean for populations and communities of freshwater mussels? It’s a complex question and one we don’t have specific parameters for most species, much less most communities. This year at the hatchery we’ve completed two surveys as further steps in identifying characteristics of resilient populations. One on the Chippewa River where two federally endangered mussel species, the Winged Mapleleaf and the Higgins Eye pearlymussel were reintroduced and one at Guttenberg, IA on the Mississippi River where a train derailment occurred in 2008. Each survey’s data represents a different portion of the web of resilience. 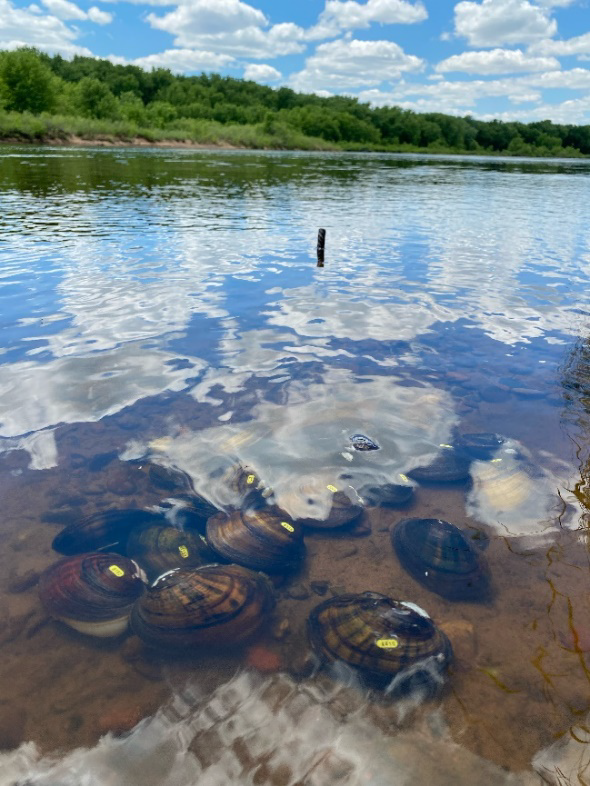 For the reintroduction on the Chippewa, a formula was used to calculate persistence of a number of mussels for release based on an estimated chance of survival, the area, and the percent of the community we wanted them to represent, based on other freshwater mussel communities where they’re found. Our survey shows that our estimate of survival over five years was very conservative and there are likely many more Higgins Eye still persisting in the population than we’d predicted. This data helps us refine what mortality and survivorship might look like for this species since all of the Higgins Eye pearlymussels found in the area were placed there. The Guttenberg survey looks at the response of what was likely an old, stable freshwater mussel community to an acute event, or the proverbial cannonball from on high. This year’s survey shows that mussel densities have rebounded to those at the time just after the event with support from reintroduction efforts from the hatchery and that subadult mussels added to the site have survived and grown.
These efforts, while small in the larger scope of freshwater mussel conservation, might play a role in understanding what it means for a mussel species or community to be resilient in the future while furthering individual species recovery in the Chippewa and Mississippi rivers. Every mussel recovered from a cage, tagged, or placed in the rivers by our volunteers and biologists are subtly shaping the science of freshwater mussel recovery and that that’s some pretty significant change from some pretty tiny mussels.
By: Megan Bradley 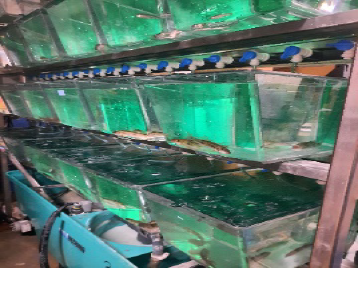 White suckers inoculated with Rock Pocketbook mussels are housed in an AHAB system- a series of flow-through aquariums that allow easy collection of juvenile mussels after they have transformed and dropped of the fish’s gills. Photo: Beth Glidewell/USFWS. 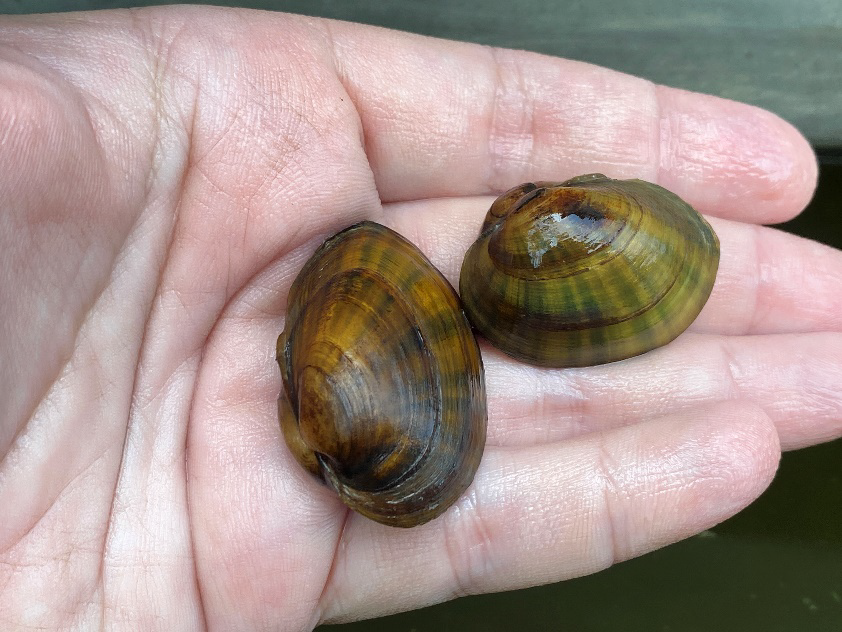