As it gets close to the end of the growing season at Genoa, we begin to be tempted to look back and
evaluate the year, and review our overall conservation goals worked on. This usually involves not
just the calendar year, but some of our long term conservation actions that we work on with our
partners. Some exciting news over the course of this year included the documented spawning of lake
sturgeon in 3 of the populations that we have been stocking. Conservation departments from
Missouri, Georgia and Minnesota documented lake sturgeon spawning in populations that were either
extirpated before stocking, or in numbers reduced enough to determine that they were close to being
functionally extinct. River systems such as the Red River in Minnesota have not seen lake sturgeon
in those waters since the early 1900’s, and this year large pods of large sturgeon were seen in the act
of spawning. This was a direct result of hatchery stockings that began which Genoa has taken part in
since 2001. We hope to hear more good news soon in Tennessee and New York where lake
sturgeon stockings have resulted in expanding lake sturgeon populations in stocked watersheds and
sturgeon should be approaching spawning age. 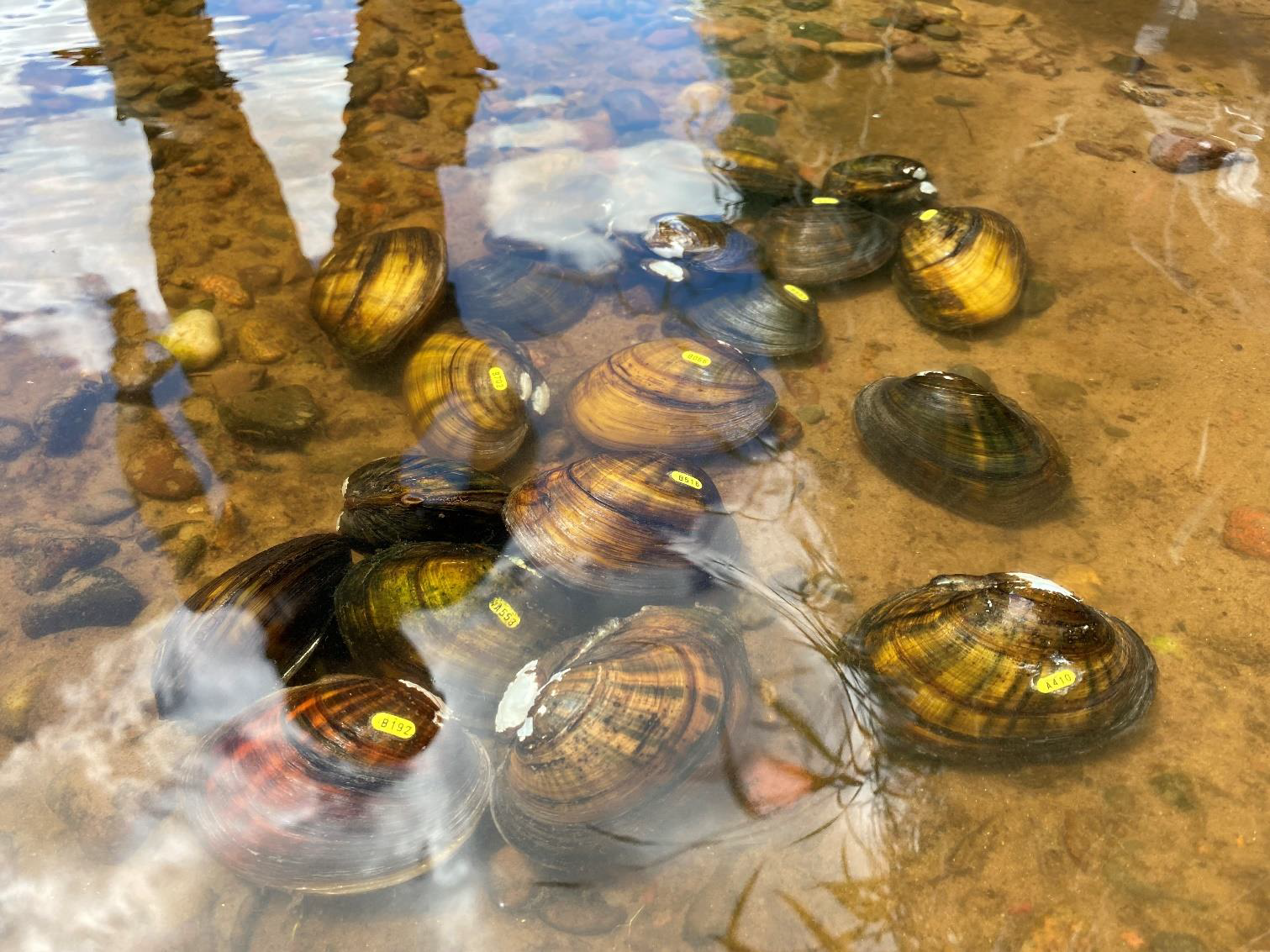 About 19 freshwater mussels in sand with small rocks next to them under water. Photo: Megan Bradley/USFWS.

This year our mussel biologists have been hard at work on their Recovery programs as well and with
the help of many of our state, federal, and non-government Friends 2 new placements of federally
Endangered Higgins Eye Pearly mussels occurred in a system that is relatively free of the invasive
zebra mussel. The mussels were seen displaying their lures this summer, indicating that they had
fertilized larvae waiting to be attached to their fish host to complete their reproductive cycle. Many
thanks to all our federal, state and public and private participants in this process, including our citizen
scientists that volunteer and support our mission through volunteering to tag, harvest, feed, and lead
our Friends support group. We truly couldn’t walk this walk without you!
By: Doug Aloisi 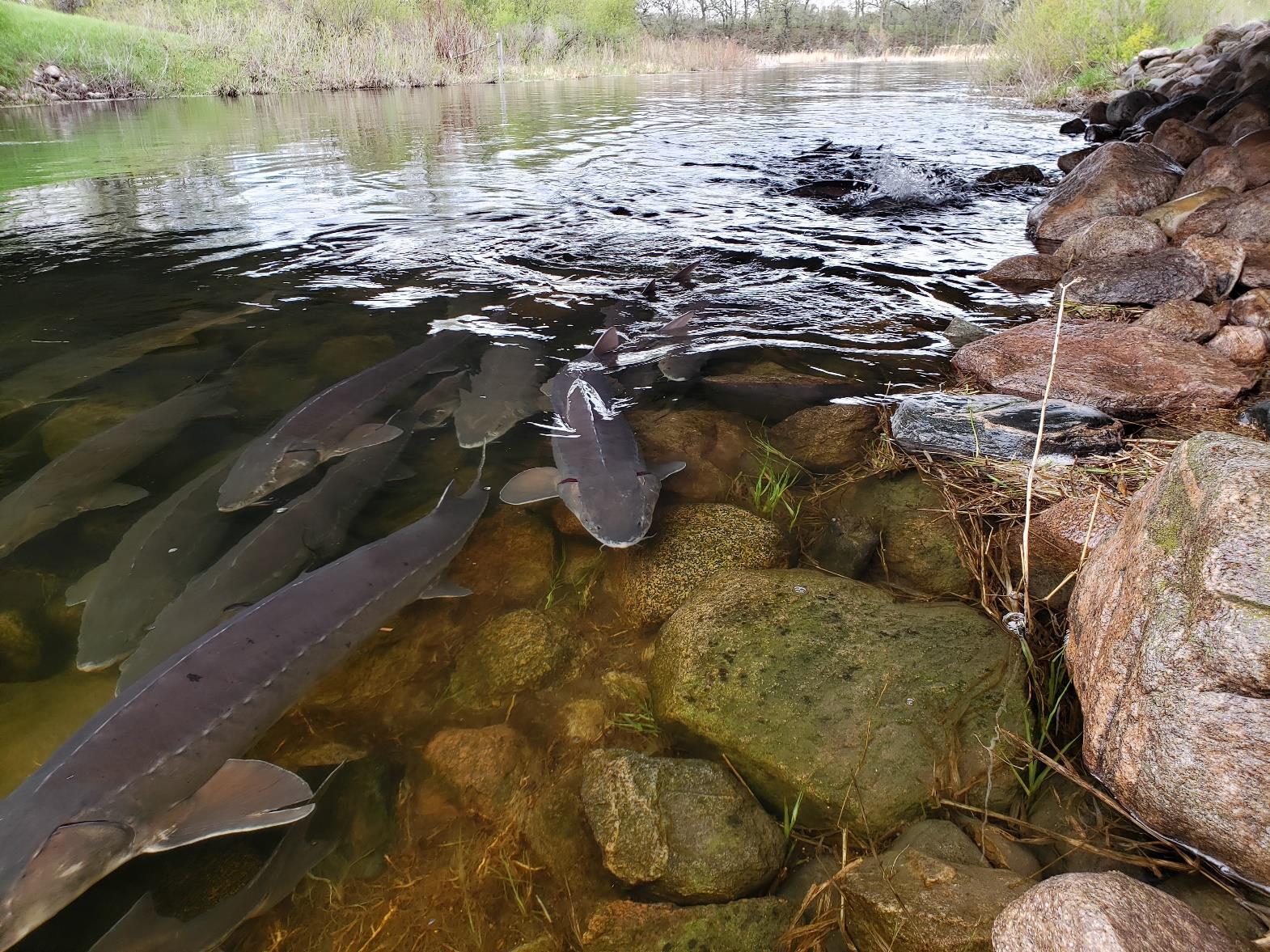