Collaboration, teamwork, dedication, and setting goals are just some examples of what Genoa National Fish Hatchery has been doing as a part of the progress in Lake Sturgeon recovery. The New York State Department of Environmental Conservation (DEC) has announced that the Lake Sturgeon population in the Upper St. Lawrence River has met their goal for adult spawning and juvenile recruitment.  Lake Sturgeon have been on New York’s threatened species list since 1983 and with the support from DEC, U.S. Fish and Wildlife Service’s New York Field Office, U.S. Geological Survey, Saint Regis Mohawk Tribe, New York Power Authority and Cornell University that could change. A stocking program began in 1993 with four sites and has expanded to stocking ten sites in 2021 with a total of more than 275,000 Lake Sturgeon into New York waters. With these efforts we are now reaching population targets in four of the seven management units. The end goal is to reach six targets in the seven management units. This will lead towards removal of Lake Sturgeon from the threatened species list in New York. Thanks to all our partners, Friends group and volunteers who help us tag thousandths of Lake Sturgeon annually, your hard work, support and for modeling exemplary teamwork in reaching a common goal towards species recovery for future generations.
By: Doug Aloisi and Erica Rasmussen 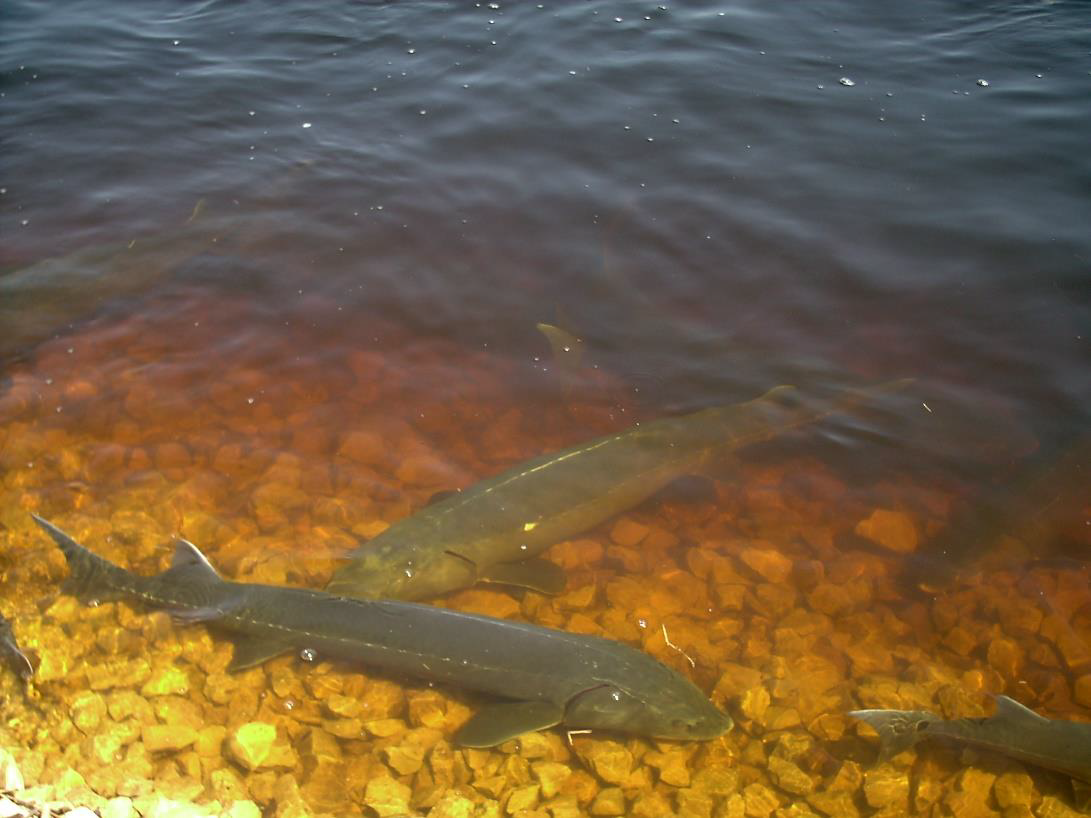 A pod of adult Lake Sturgeon gathering to spawn. Photos by USFWS.