Preliminary Research Evaluating Feed Acceptance of Lake Sturgeon to Commercial Diets Lake Sturgeon, a priority species of concern for fish and aquatic conservation, listed by many states as threatened, endangered and of special concern, has recently been petitioned to be federally listed under the Endangered Species Act. Due to its depleted status, many agencies throughout the United States have developed restoration plans consisting of restoring wild populations of Lake Sturgeon. The goal of intensive culture of Lake Sturgeon is to maximize genetic contribution and post-stocking survival to effectively restore populations through reproduction and recruitment. To increase juvenile recruitment and survival, the NFHS goal is to release fingerlings of an optimal size and fitness that can maximize post-stocking survival and avoid predation. To do this, managers strive to maximize growth and fitness of reared fish at the same time as controlling feed and operation costs. Traditional feeds consisting of brine shrimp, bloodworms, and krill have been widely adopted nationwide because Lake Sturgeon readily accept them, resulting in low feed conversions and survival of fish to stocking. However, these feeds are four times the cost of commercial dry diets and are relatively poor in nutritional quality, decreasing in availability, and may contain contaminants, which is an emerging concern for fisheries managers. Hence, Genoa National Fish Hatchery is conducting preliminary research to determine feed acceptance of Lake Sturgeon to commercial feeds. Results from this study will be used for future research, evaluating genetic selectivity, growth and survival of Lake Sturgeon fed commercial diets. Results from this preliminary study will be completed the end of July of 2020. By Orey Eckes
Genoa National Fish Hatchery’s mission is to recover, restore, maintain and enhance fish and aquatic resources on a basin-wide and national level by producing over 35 aquatic species of varying life stages, participating in active conservation efforts with our partners, and becoming a positive force in the community by educating future generations on the benefits of conservation stewardship. 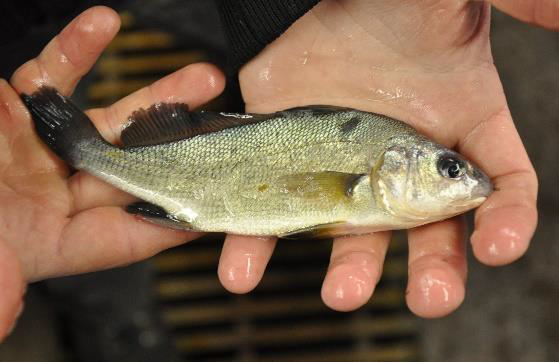