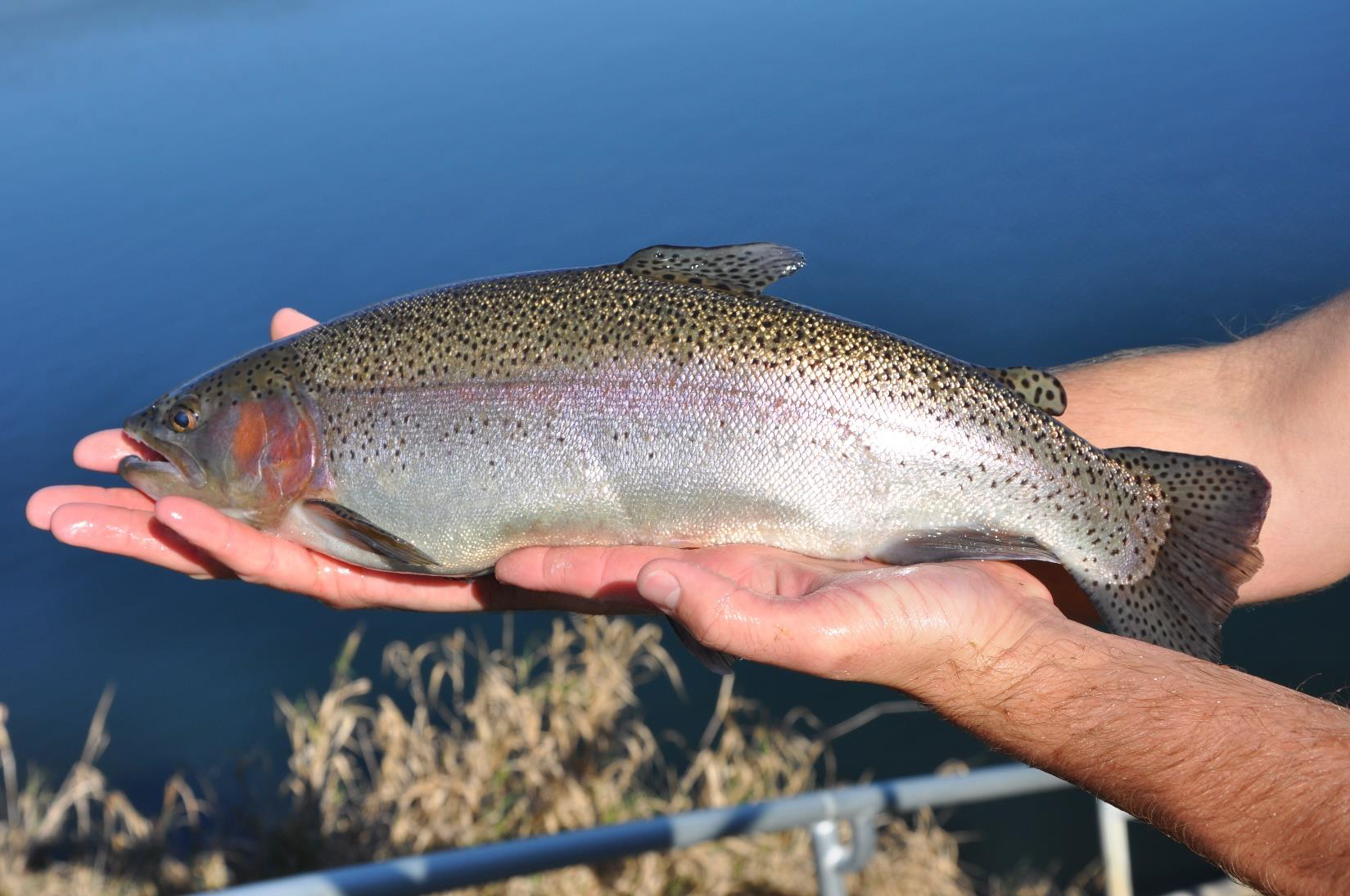 You don’t see too many rainbows in Southwest Wisconsin in the middle of winter. That view is usually saved for thunderstorm season in the heat of the summer time. And if you were looking for a Rainbow this winter, you would find 8,000 less of them. That Rainbow, of course, is the Rainbow Trout, raised in Coulee Region of Southwest Wisconsin at the Genoa National Fish Hatchery. Due to some good quality eggs from the Ennis (MT) National Fish Hatchery, and good survival the hatchery was fortunate to have a surplus this year. It was fortuitous as our sister hatchery Neosho National Fish Hatchery in Missouri was limited in rearing space due to a construction project. The Neosho station found a weather window and sent two drivers up in December to pick up their new charges. 8,000 8 inch trout weighing a total of nearly 1800 pounds were loaded onto 2 trucks for the long 12 hour trek back to the Ozark Plateau of southern Missouri. Word back has it that they like southern Missouri just fine, and the 60 degree weather has sweetened their disposition and diet. They will be raised for roughly another 2 months and stocked as 11 inch fish in Lake Taneycomo, to mitigate for the federal water project of Table Rock Dam. The dam and its resulting deep cold water discharge eliminated a local smallmouth bass fishery below the water control structure. Rainbows like the cooler waters of the downstream Lake Taneycomo, and create a very popular fishery there. Plenty of Rainbows still remain in southwest Wisconsin, however. Plenty enough to brighten many fisherperson’s disposition and creels coming this spring for the trout season opener. Over 30,000 still await the spring trout season, when they should be 12 inch sticks of dynamite, just waiting to fight their way into a lucky creel. The trout will be used to create recreational fisheries on Midwestern tribal waters, in Fort McCoy Army base ponds, and also be used at Genoa’s kids fishing events, and limited accessibility fishing events. By Doug Aloisi