Genoa NFH mussel biologists have been busy this summer tagging juvenile mussels prior to their release into local rivers. One of the last batches of mussels to be tagged are a cohort of 3000 Salamander Mussels that were propagated in 2018 and are now ready for release. These mussels have been tagged with a black glue dot on each valve, or side of the shell, so during future survey efforts researchers will be able to tell if a found animal was propagated at the hatchery or is the result of natural recruitment. Later this summer, we’ll be working with partners from the Wisconsin DNR to release these mussels into the lower Chippewa River. Salamander mussels are a smaller mussel species, with mature adults reaching about 2” in length. These mussels are found only in specific sections of large and medium sized rivers in the Midwest, as they prefer very specific habitats conditions. Salamander mussels can occasionally be found in high abundance in protected spots under large flat rocks or the submerged ledges along cliff faces, near- but protected from- swift flows.
It is not a coincidence that these very specific habitat preferences are also the preferred habitats of the Mudpuppy (Necturus maculosus)—the aptly named Salamander Mussel is the only North American freshwater mussel species that uses a non-fish host to complete its lifecycle. The process is the same- Salamander Mussel glochidia attach to Mudpuppy gills just like other species’ glochidia attach to fish gills, then, when development is complete, drop off the host animal and settle into the sediment- in this case the protected spots under large rocks where the Mudpuppies spend much of their time. After release this fall, we hope these juveniles will be able to settle in good habitats with healthy Mudpuppy populations, and help this interesting mussel species maintain healthy populations in the Chippewa River! By Beth Glidewell 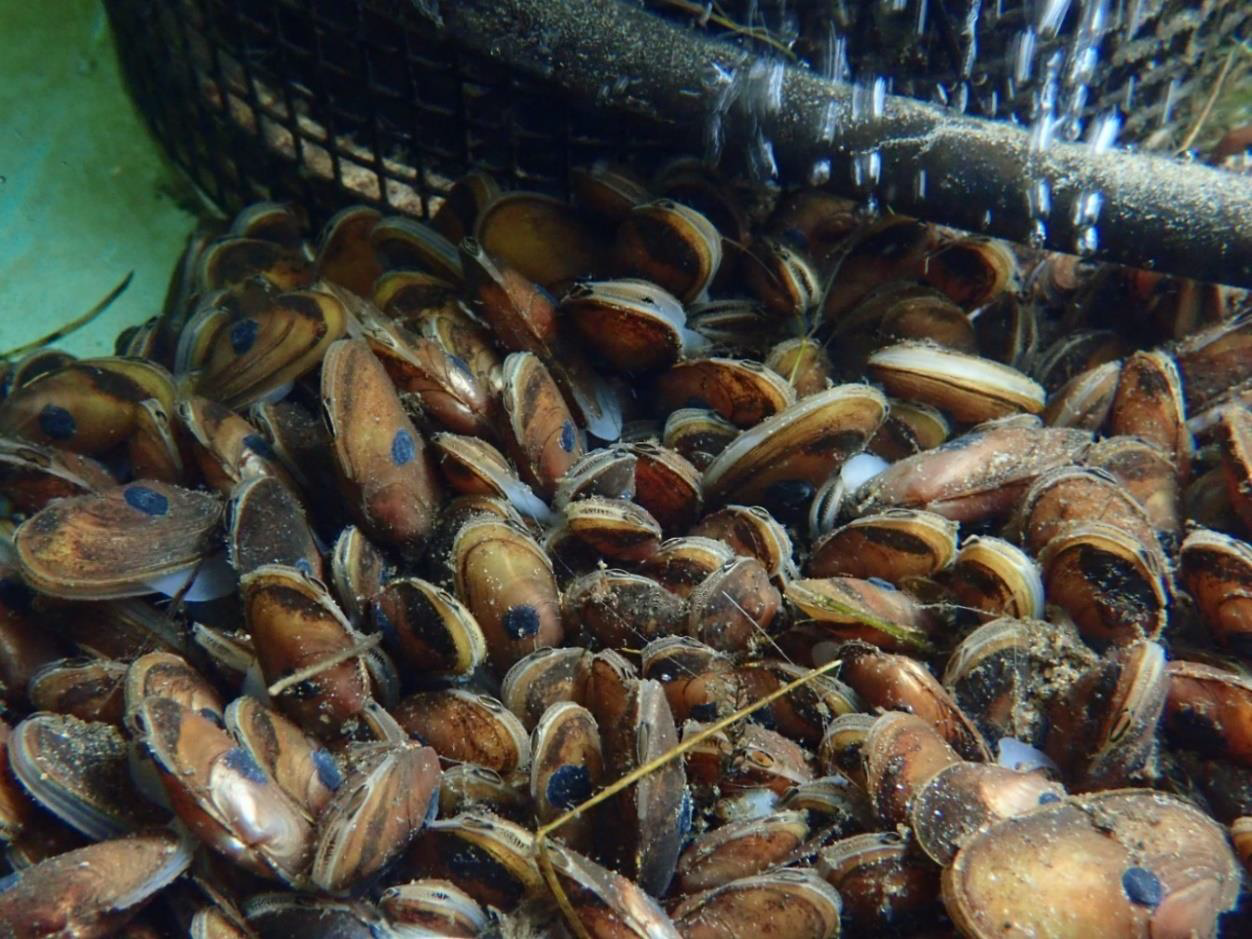 Juvenile Salamander Mussels with a black superglue dot on each valve are kept in a tank at the hatchery while waiting to be released into the Chippewa River. Photo credit: Beth Glidewell/ USFWS.