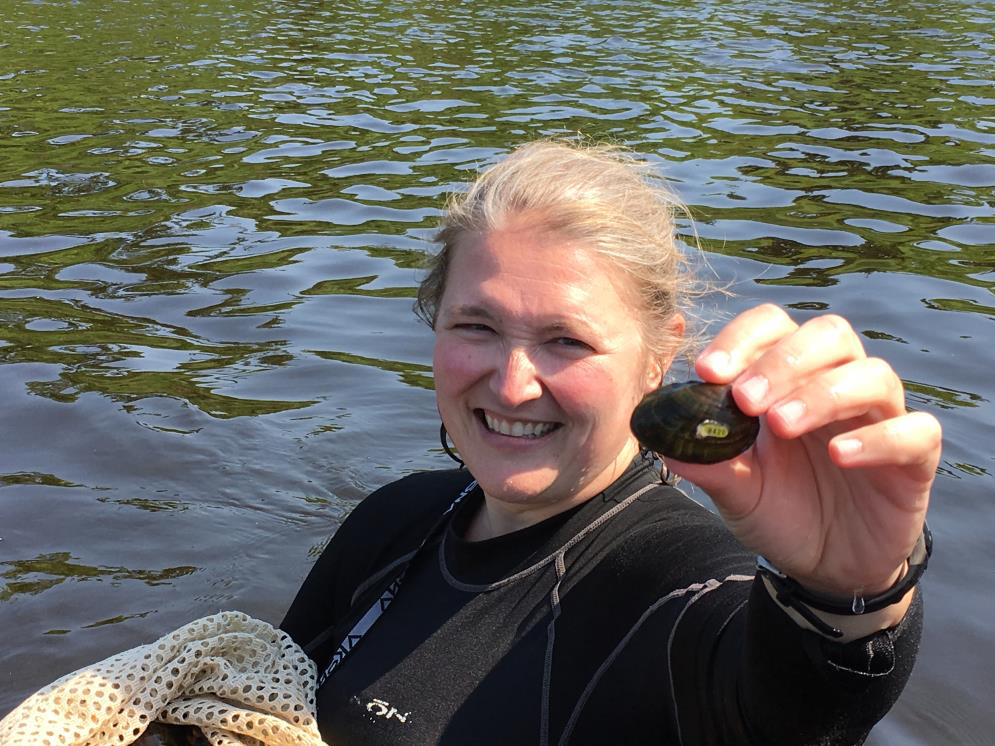 Megan’s contributions to the conservation of native freshwater mussels include working with partners to reintroduce a new population of Higgins Eye Pearlymussel according to the Higgins Eye Recovery Plan. Megan was instrumental in these efforts by constructing a preplacement habitat sampling program, and contributing to the writing of the Higgins Eye Reintroduction plan that paved the way for acceptance to place this new population of Endangered species in historic habitat in waters with low zebra mussel populations. This new population joined a newly transferred federally Endangered Winged Mapleleaf mussel population. Both species were propagated through efforts directed through a multi-agency mussel conservation team, and executed through the Genoa National Fish Hatchery mussel propagation program.

Megan is also considered an expert in determining economic value to mussel resources which is proving invaluable in determining damages in Natural Resource Damage Assessments. Her leadership and input in the Freshwater Mussel Conservation Society’s role in the formulation and publishing of the American Fisheries Society publication “Investigation and Monetary Values of Fish and Freshwater Mollusk Kills was invaluable. This reference is considered the standard in repairing the aftermath of fish and mussel kills and is used in many Natural Resource Damage Assessment (NRDA) settlements as a resource to determine damages.

Megan also developed methodology to determine ploidy in wild and cultured lake sturgeon using technology and equipment available on station. She is able to determine ploidy in wild populations, and pre-release sampling plans have been implemented to ensure cultured lake sturgeon will not negatively affect current restoration efforts ongoing across the country. Congratulations Megan! We are proud of you and your efforts!